Tom Stoddart has been there to photograph some of the most pivotal moments in the recent history of the world. He saw, amongst other things, the fall of the Berlin Wall, the unrelenting famine in Sudan and the siege of Sarajevo first hand. Few people can say the same, and seeing images of such world transforming events brought together over two rooms at the White Cloth Gallery on Aire Street is both heartbreaking and awe inspiring. 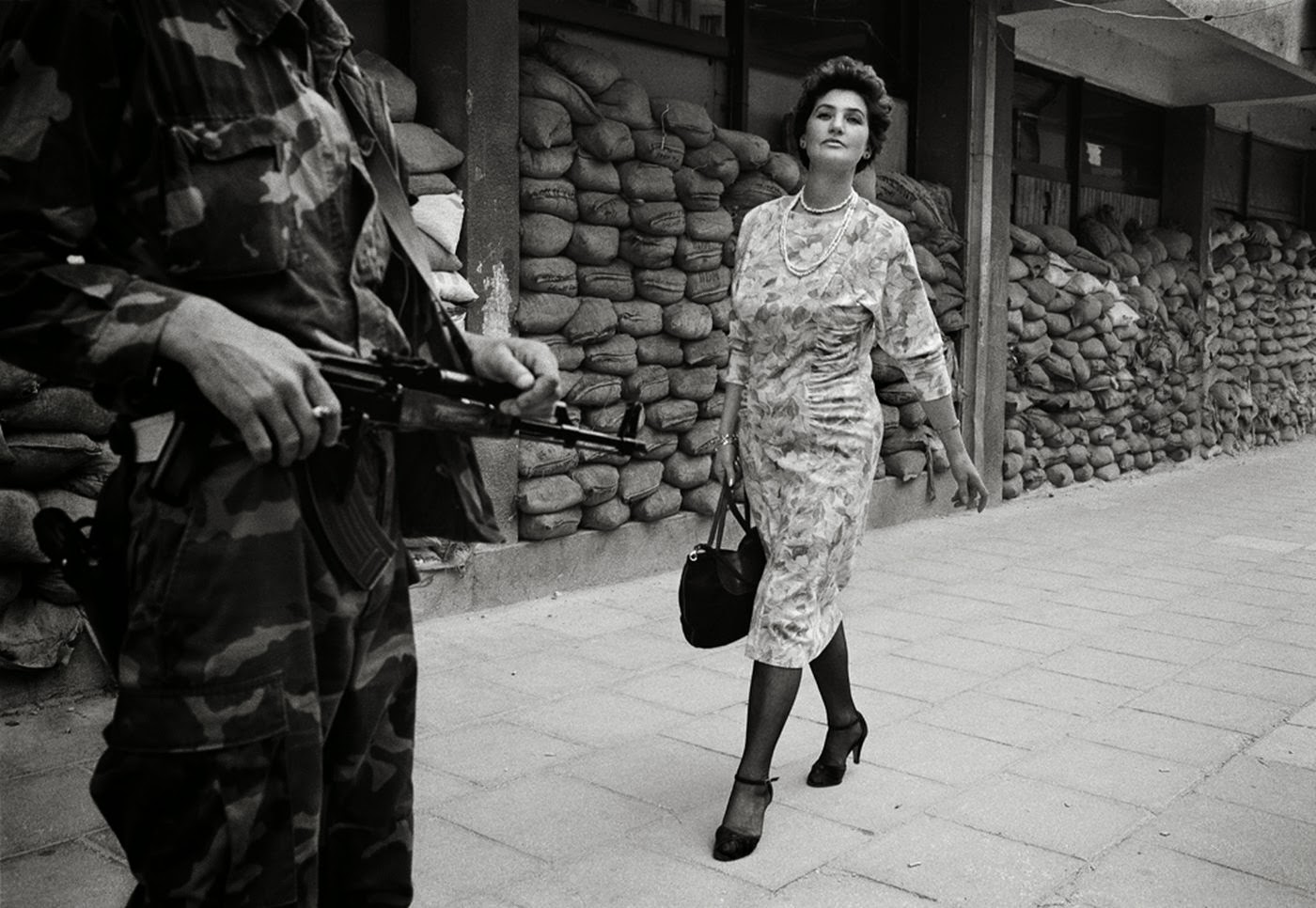 Stoddart’s work is heavy going, his photographs have the ability permeate even the thickest skin, whether it’s through the shocking subject matter of his work, the clarity and honesty that he has captured it with, or the impossibly delicate handling of the various themes. He has managed to depict the staggering levels of cruelty humans are capable of inflicting on each other and juxtaposed it with  images of the intimacy, triumph and all consuming love that humans are still capable of even when forced to the very edge of survival.

There’s music playing in the exhibition. It wasn’t noticed immediately, but it’s there and I’m yet to find out why. It is uncomfortably cheerful and ill fitting with the overall content. It seems frivolous and disrespectful, although perhaps it’s meant as a sort of cushion between the viewer and the content; to prevent the bombardment of images of human suffering from leaving the audience reeling as they step back out on to the street.

It’s a humbling experience, wandering around between the two rooms of the gallery. The simple method of hanging the photographs in their crisp mounts suspended by wire and bulldog clips against white walls and charcoal ceilings and floors allows the viewer to focus on just the image, which is why it is so effective. I read somewhere that Stoddart’s work was also present at More London during the 2012 Olympics in a show called ‘Perspectives’ where he said:  "The idea is to keep in perspective that when everyone is in London having a great time, there are people elsewhere who lack essential things such as water, medicine and human rights." White Cloth is also a bar and event space, so as you make the transition back through the galleries towards the hustle and bustle of daily life, the chatter of the people enjoying themselves and their surroundings washes over you, drenching you in the reality of our comfortable lives.