OVERTIME pitches the bureaucratic environment of the archetypal office against the demiurgic context of the gallery. 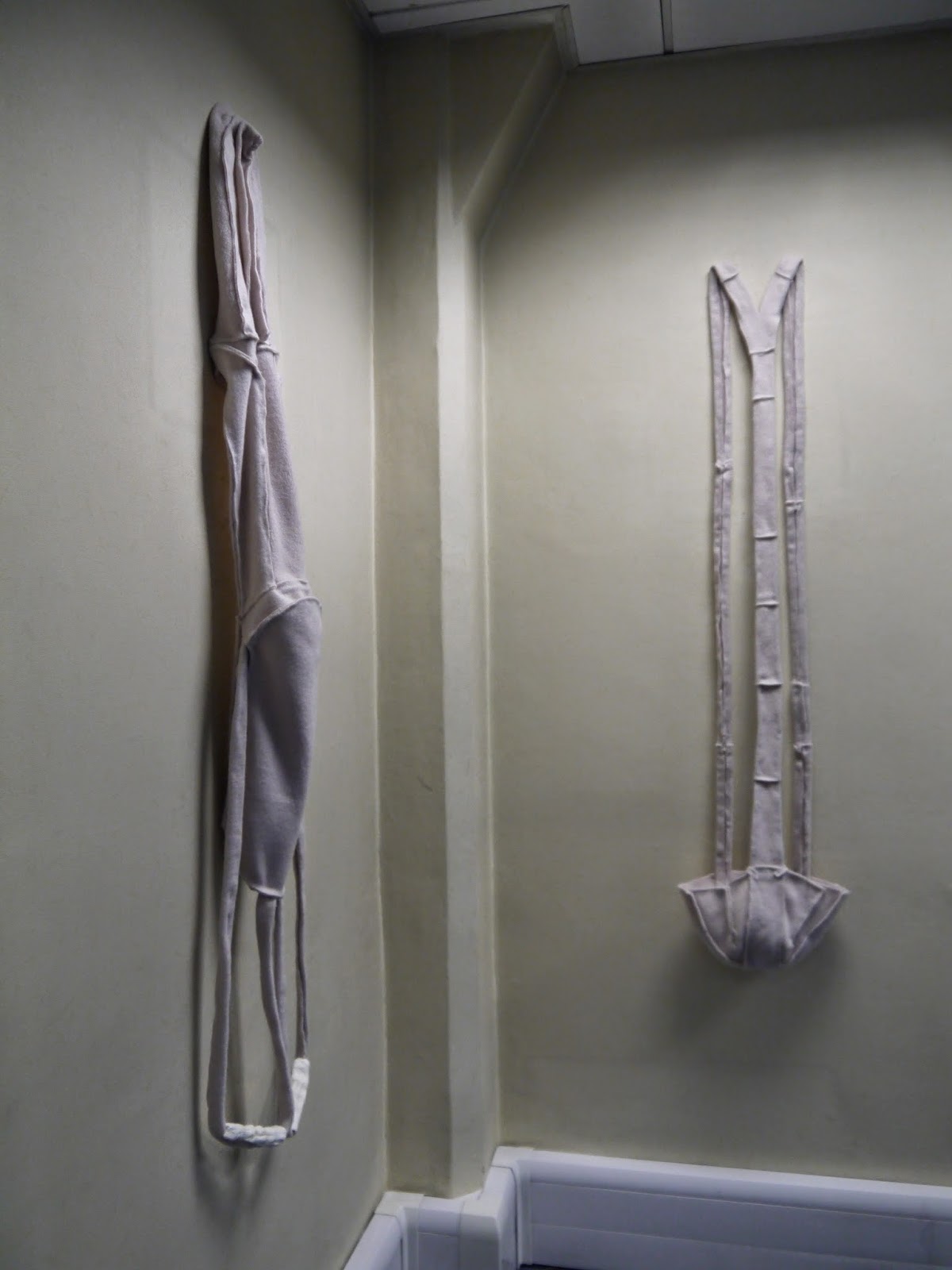 By allowing artists as cultural commentators to pick apart the office as a workplace and as a place centred around making money, they openly interrogate the accepted working practices traditionally placed in this space. Through this questioning, Seize has opened the debate around the validity of art making as a viable career choice, and the work/play balance and has invited artists and viewers to further a discussion which has been bubbling underneath the surface of the art scene for a long time. The debate centres around art in relation to education, unemployment and the economy, themes which are particularly prominent within the wider art world yet integral to the the makeup of Seize itself. As an artist-led organisation working with emerging and mid-career artists, Seize are accustomed to facing the challenges of funding cuts, unemployment, institutional restrictions and the challenges of forging a career in the art world and by exhibiting in a space which traditionally rejects uninhibited and unrestricted imaginative thinking, have created a show which confidently addresses it’s audience with a clear agenda. 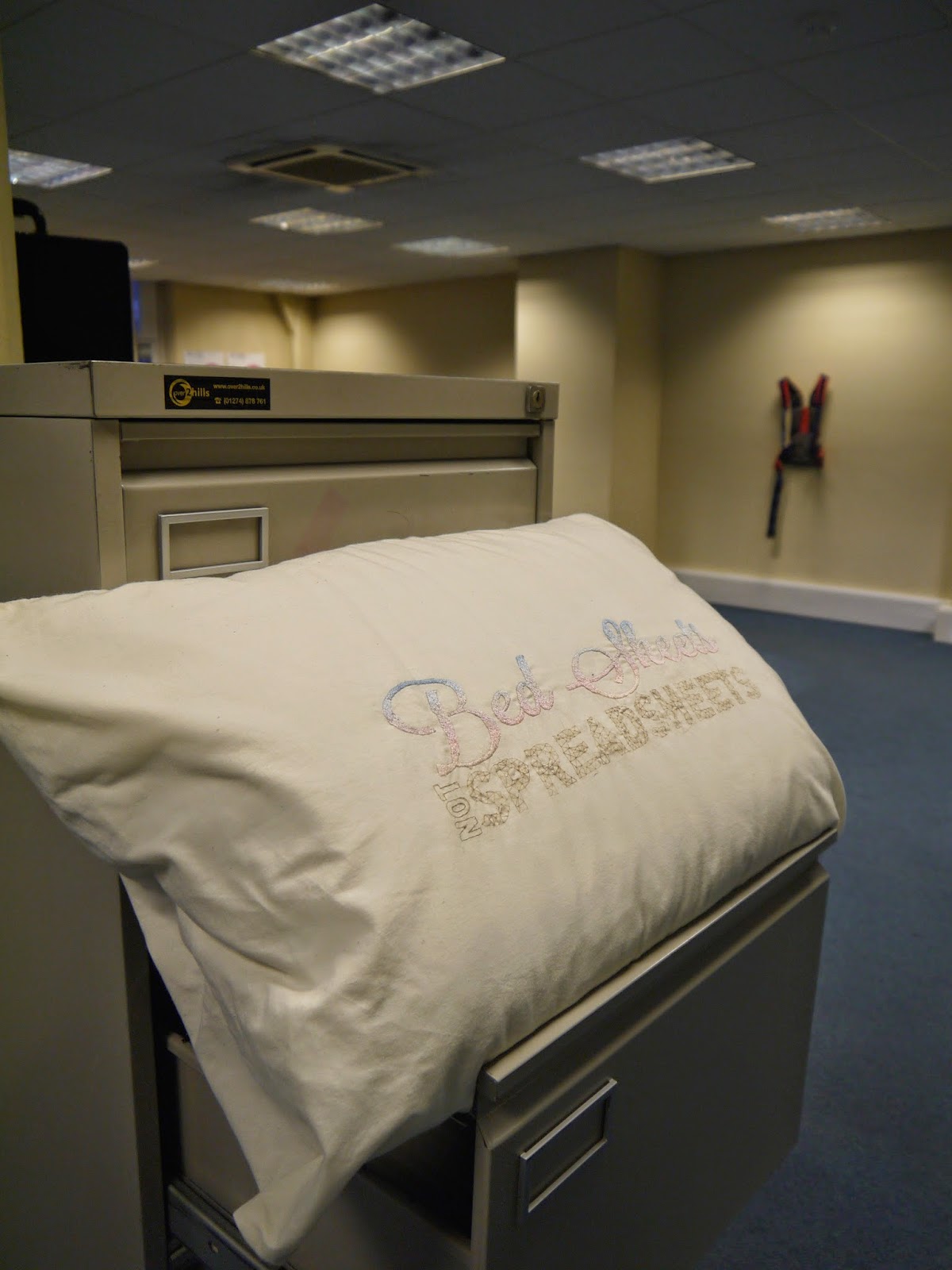 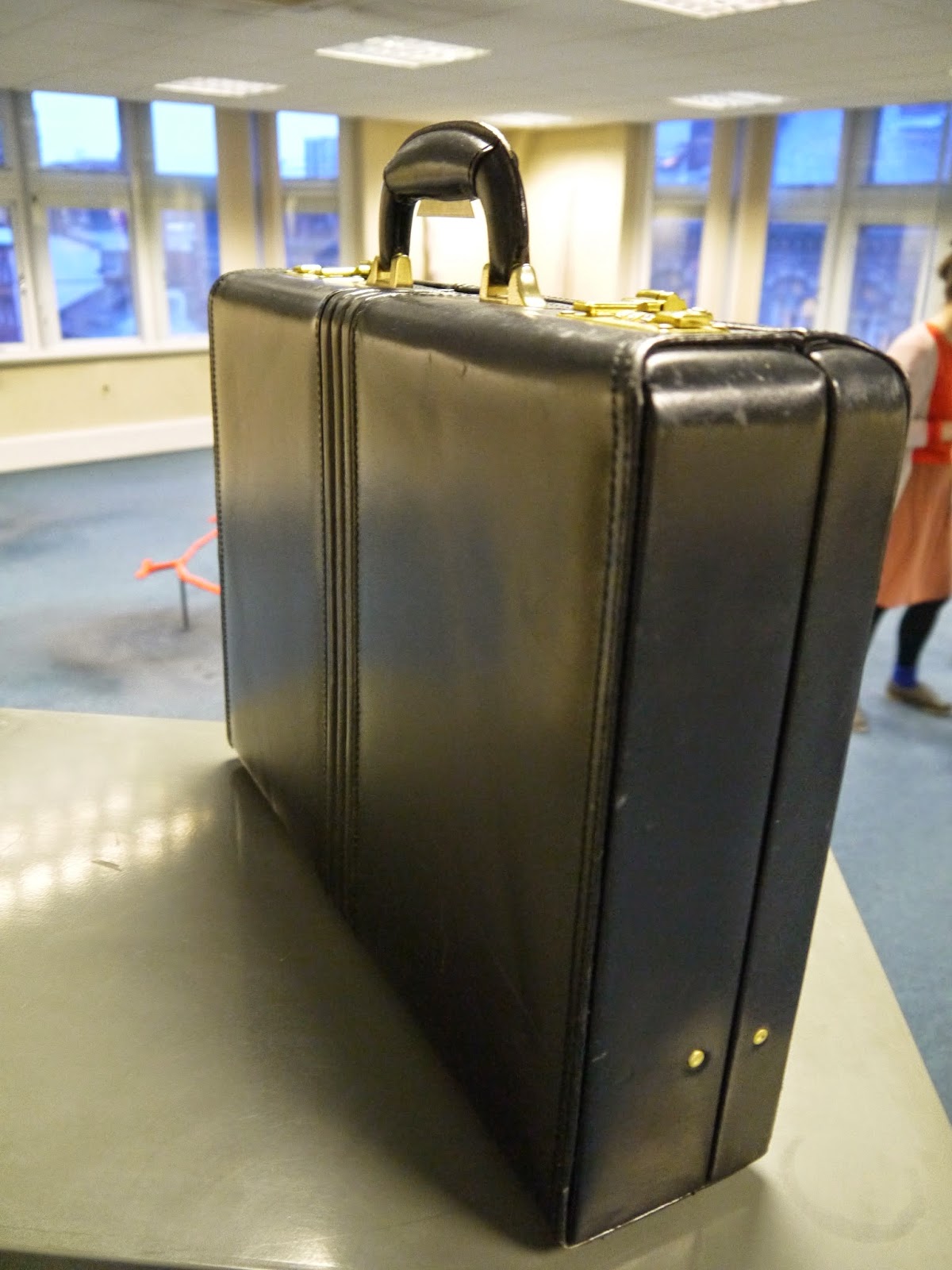 OVERTIME: Art and the Office takes place across two vast floors of empty commercial office space in Wellington Park House in the financial quarter of Leeds. 26 artists at different stages in their careers have been invited into the space to respond to it and make work from and about it. Allowing the space to dictate the work involved has created a unique environment in which the viewer can choose to step into the debate being opened up by Seize. We are used to art in offices being vapid, inoffensive prints of paintings behind glass and hung at eye level, or modernist but meaningless and durable sculptures placed outside the entrances. However, the lo-fi, comically driven work of Edward Hurst in “The Mechanical Hurst’ juxtaposed with the slick, digitised work by Tom McGinn ‘You Wanna Bugatti’ and ‘You Wanna a Hot body’ sit at opposite ends of the scale in terms of production, yet both question the tenacity of the modern world’s expectations of the Artist and the role of artist within a wider cultural framework. The performance based piece by Mike Ainsworth draws politics into the debate, directly mocking capitalism and it’s effects on every aspect of daily life, almost mocking art as an accepted mode of money making. There seems to be no better place for this piece to happen than in an office block which has boasted the hopeful ‘to let’ signs outside for some time now. 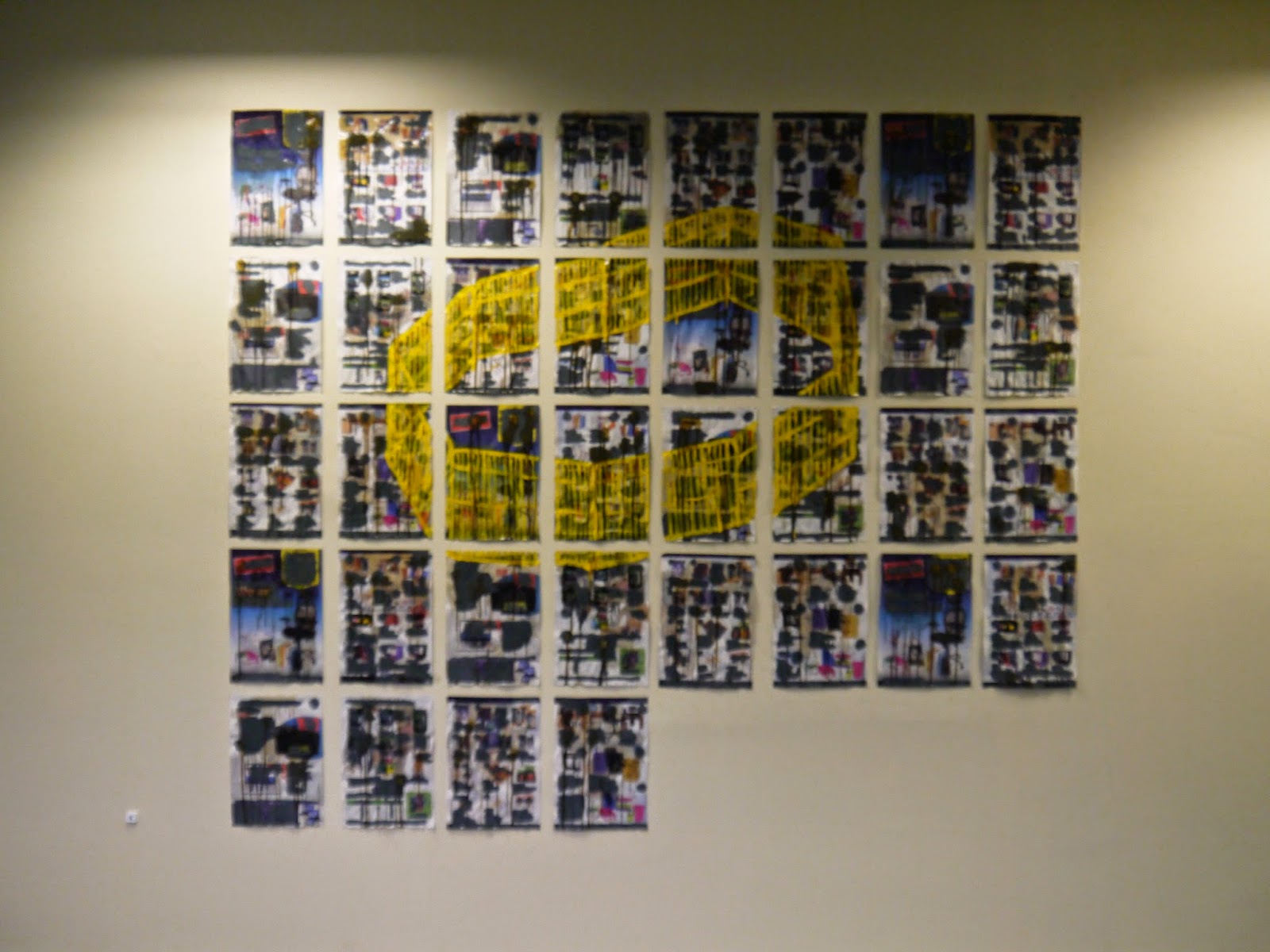 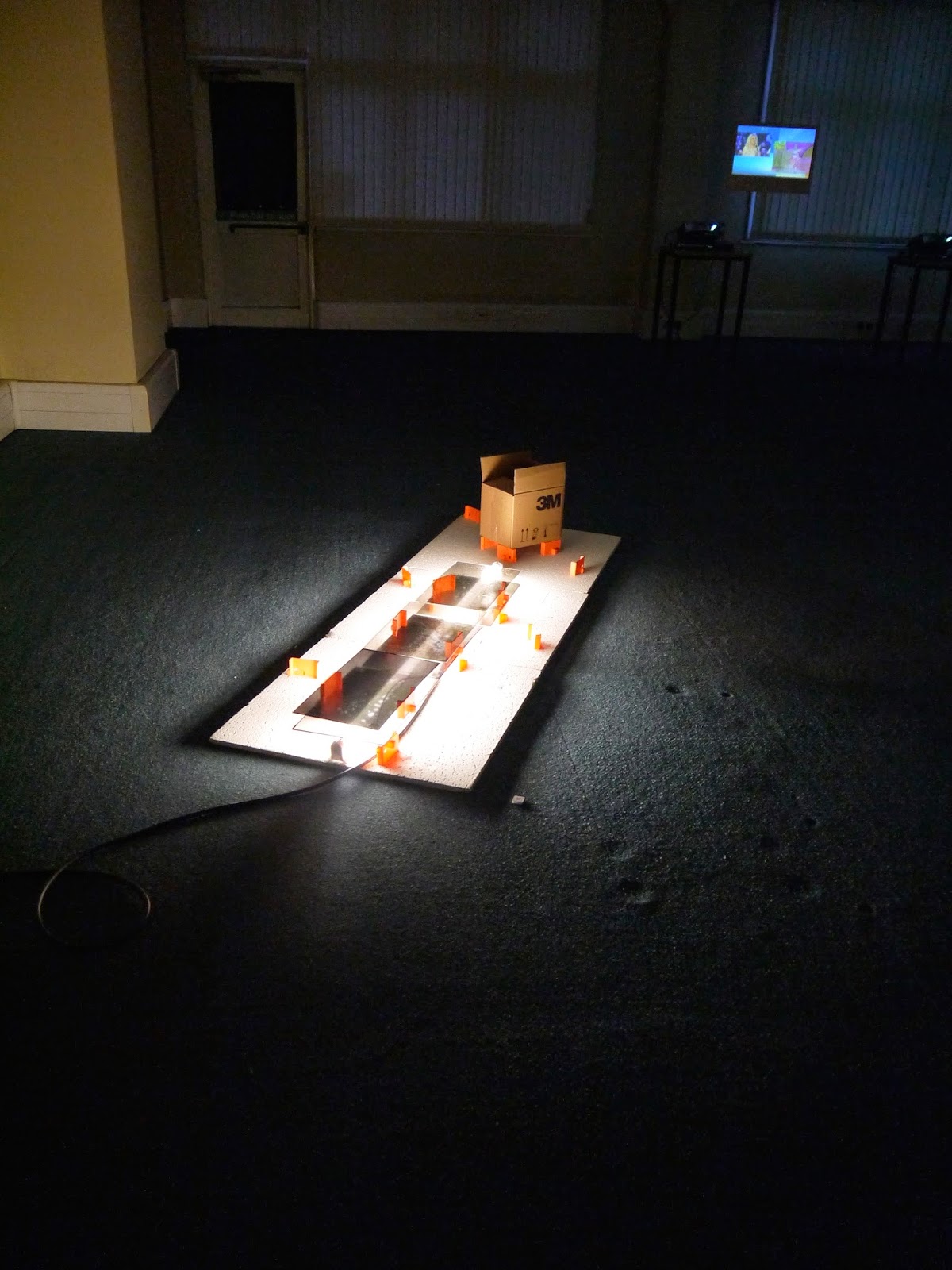 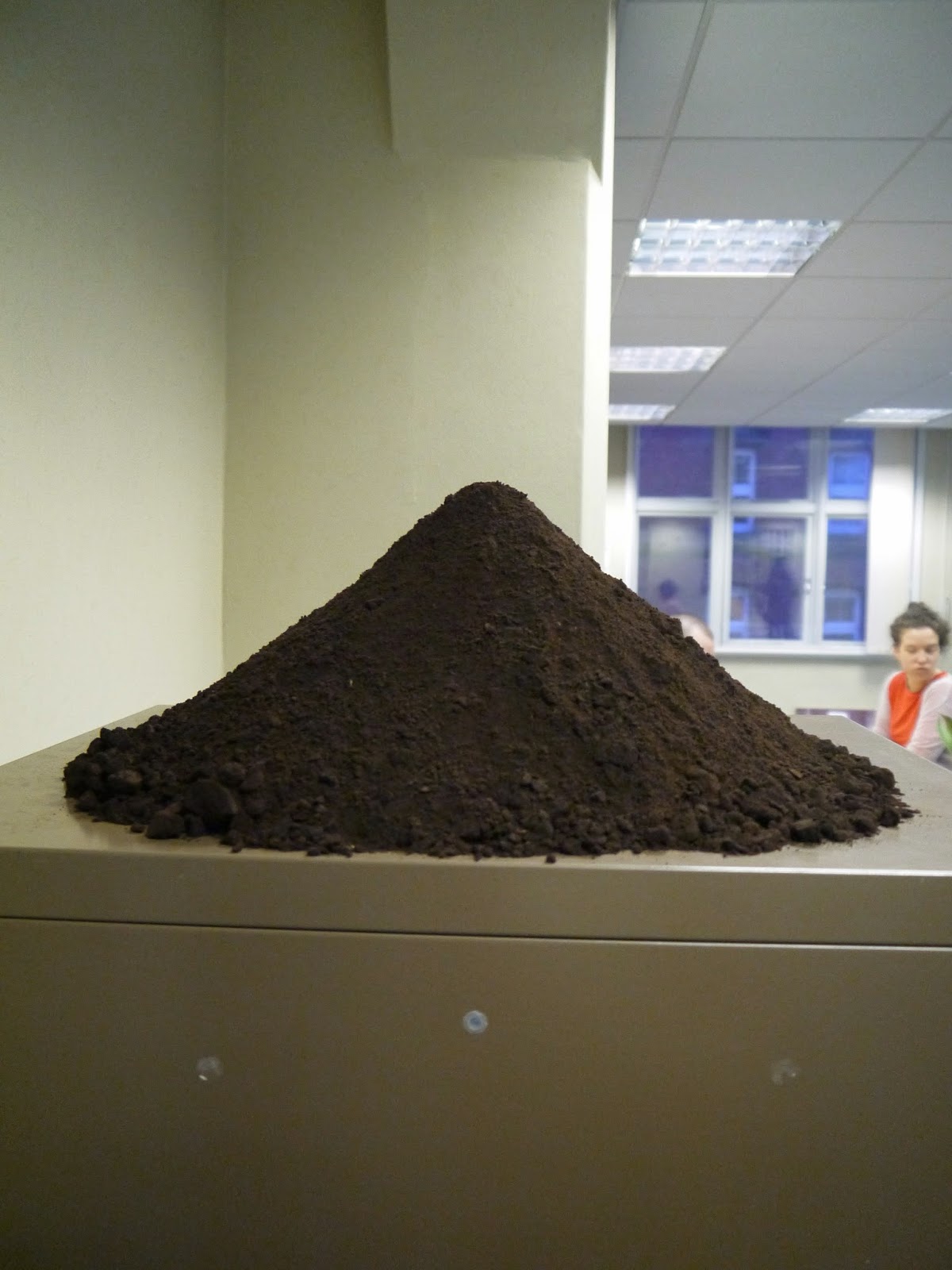 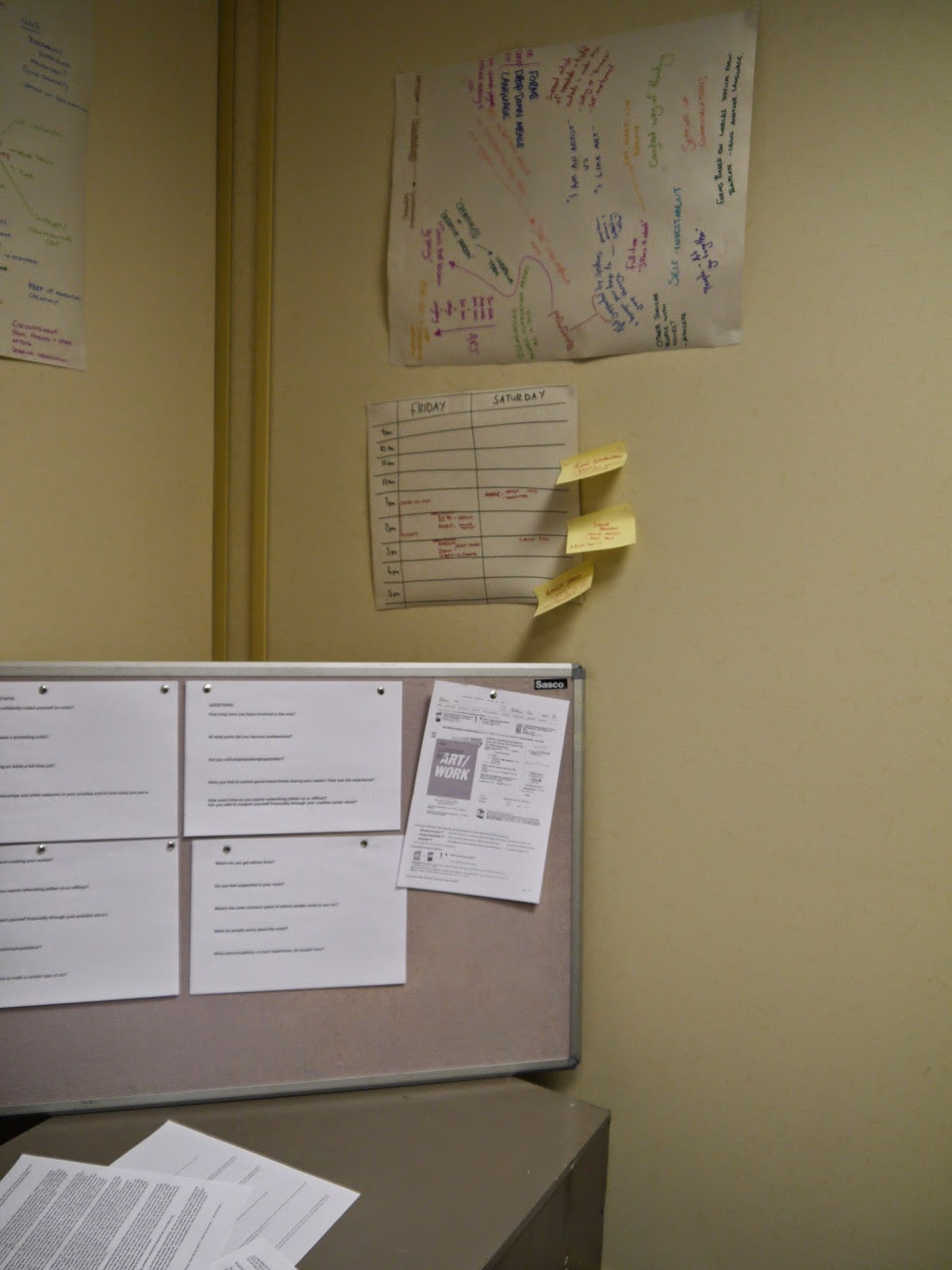 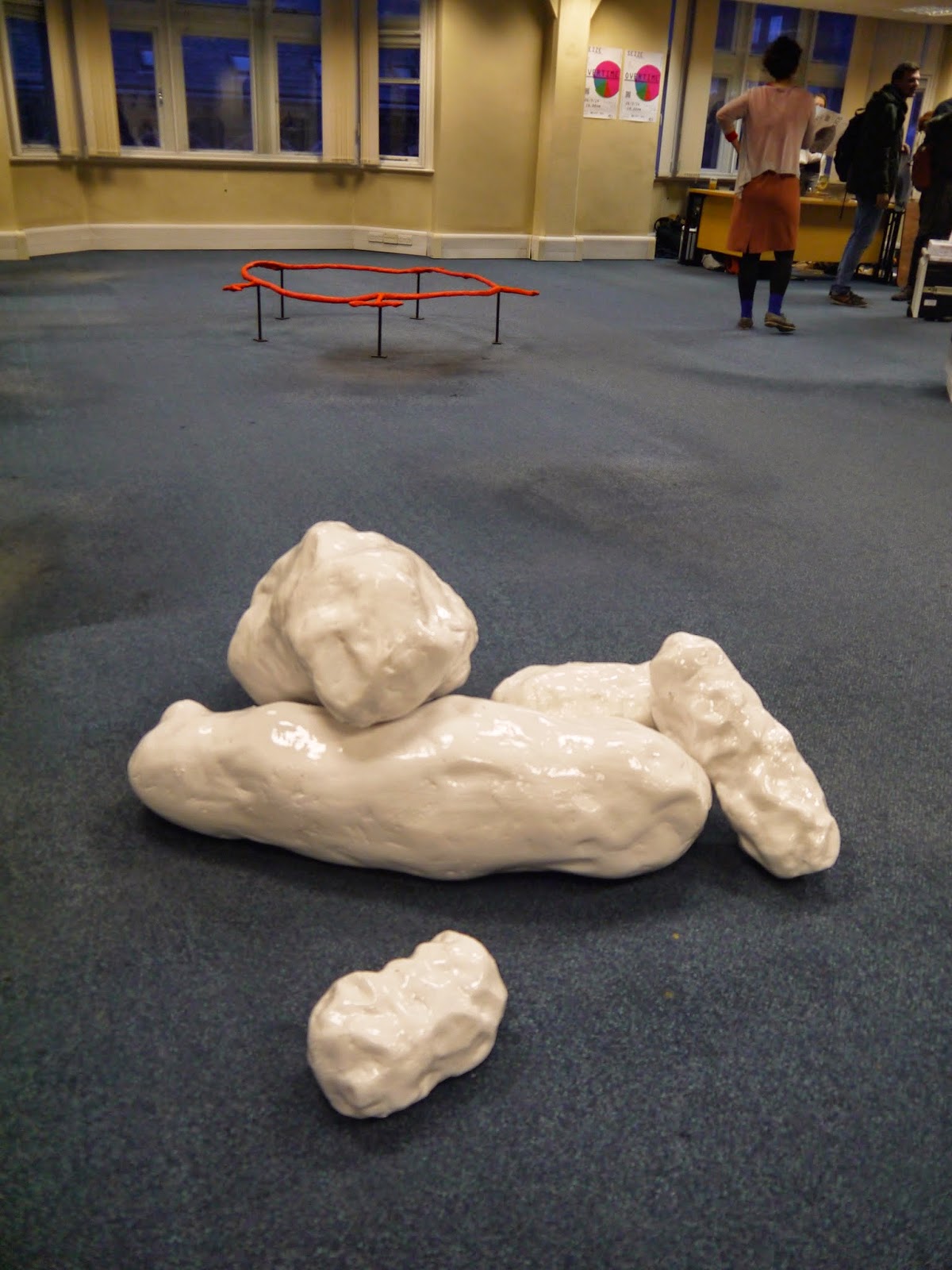 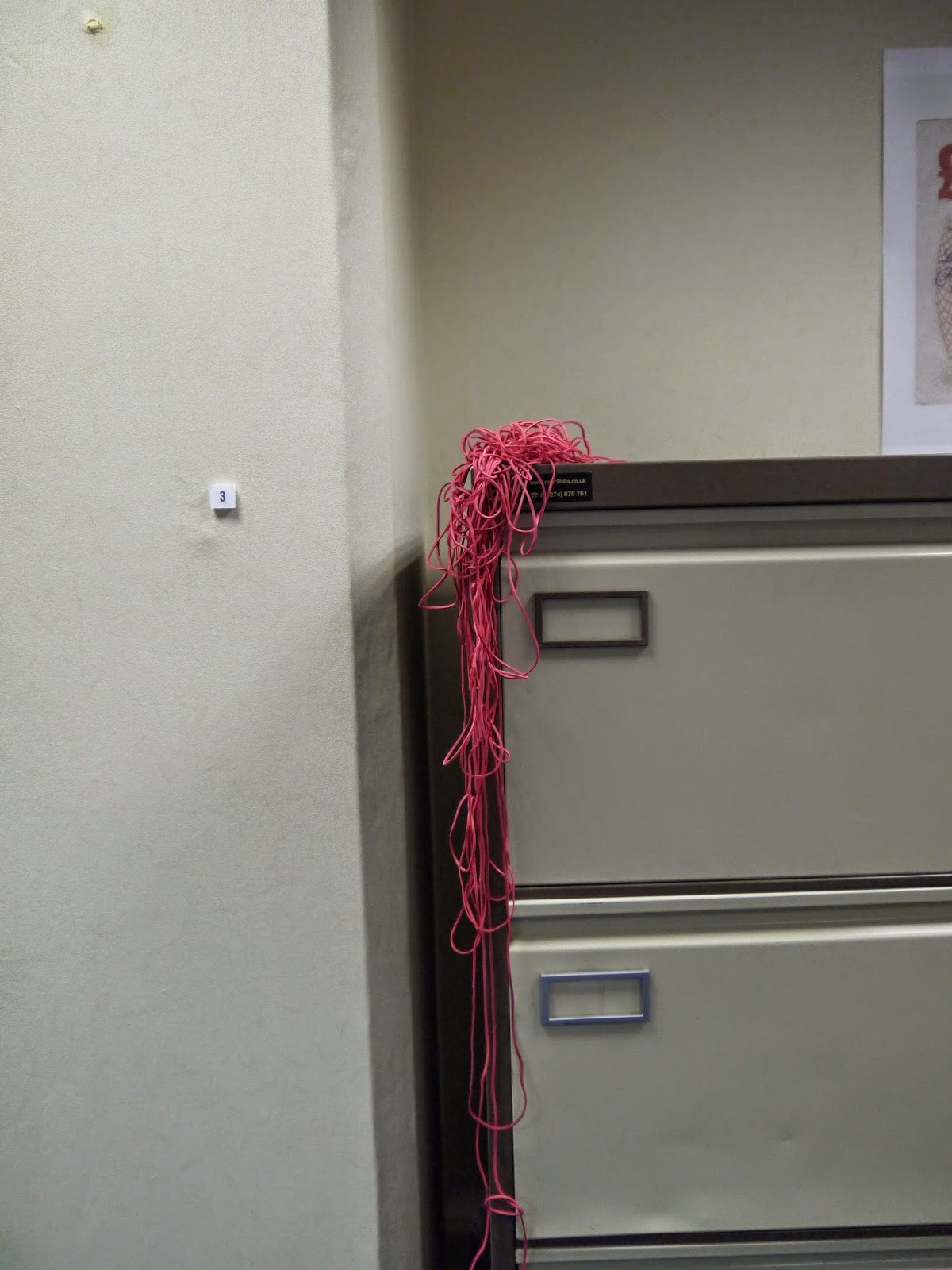 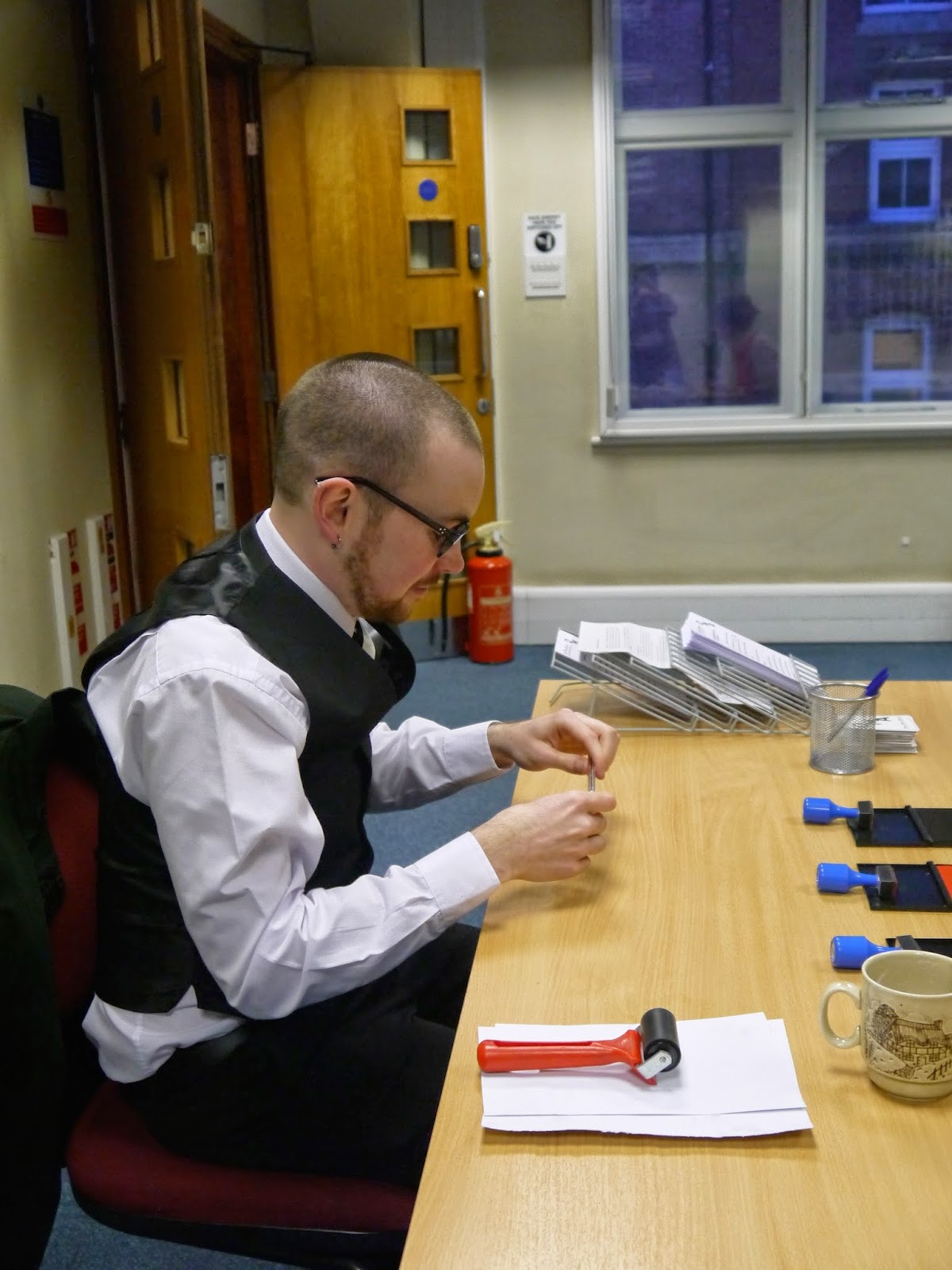 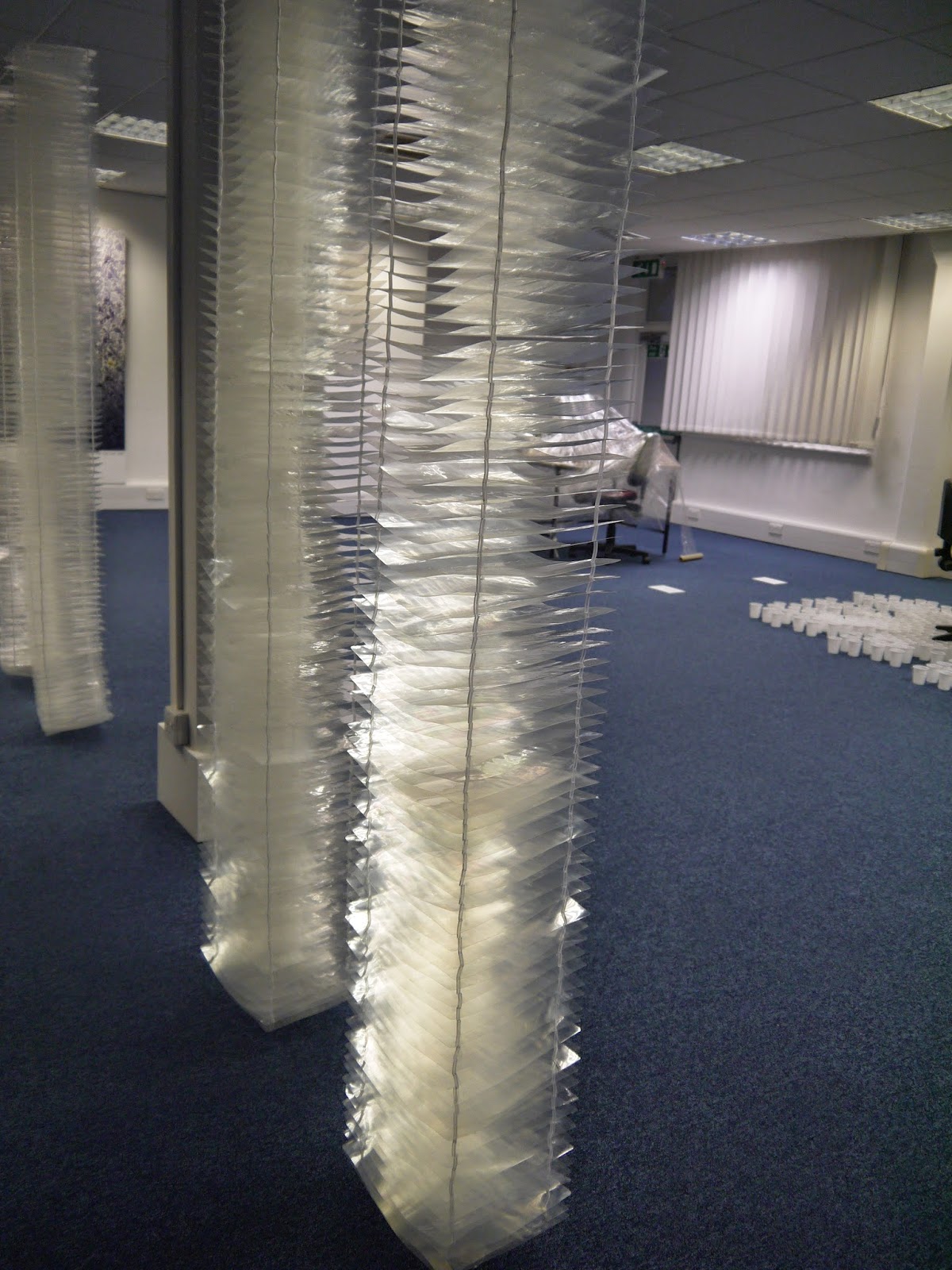 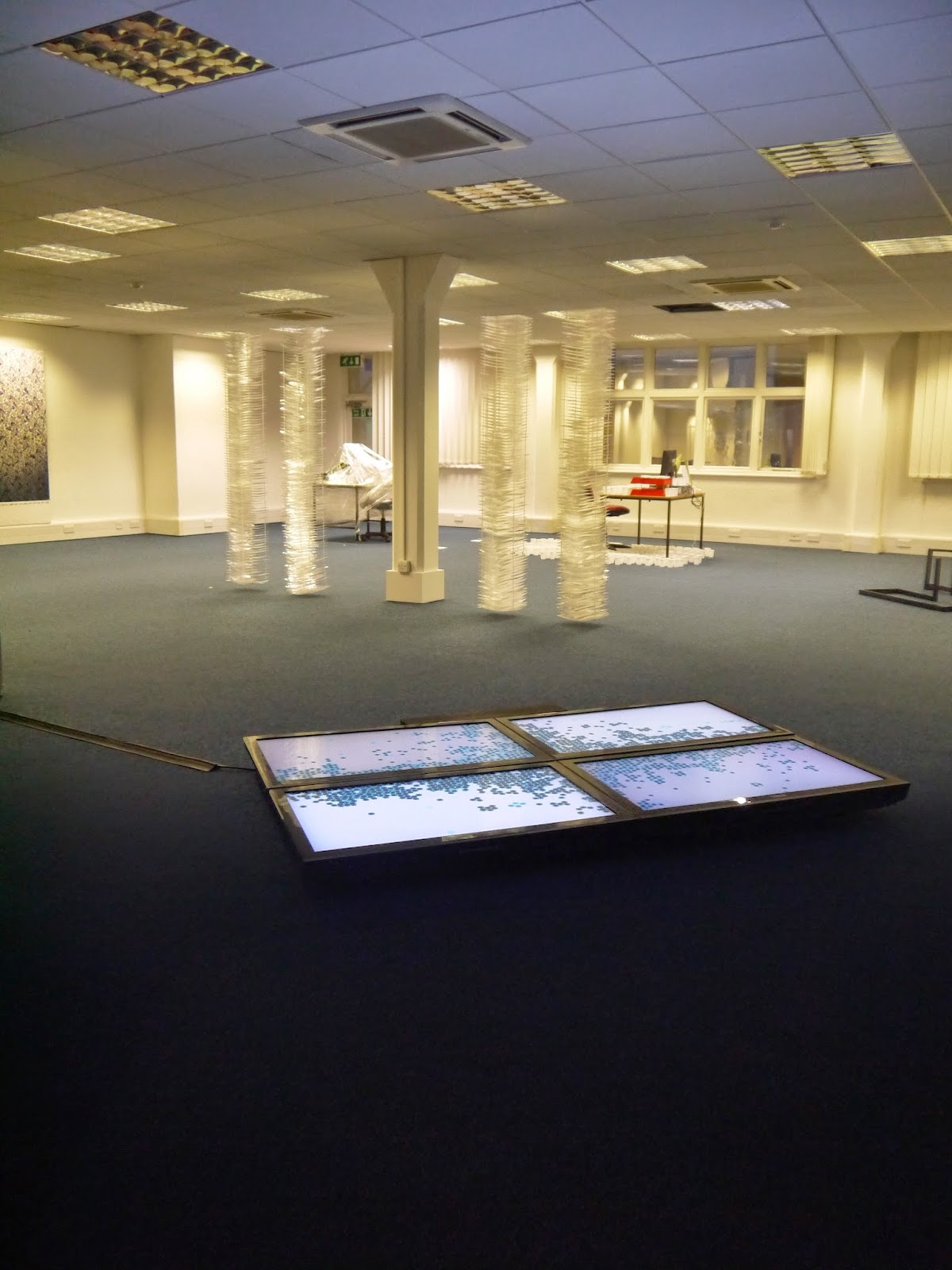 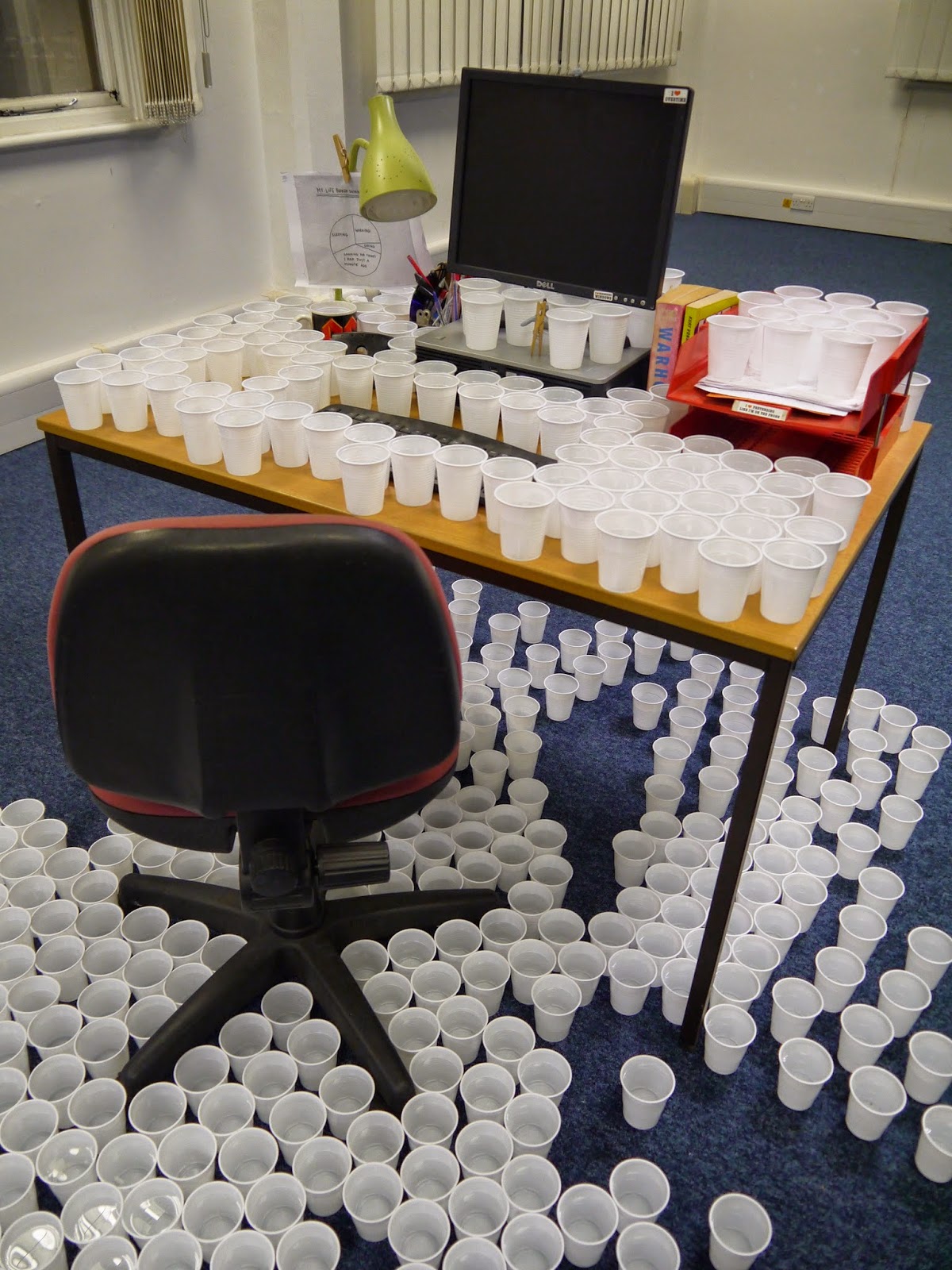 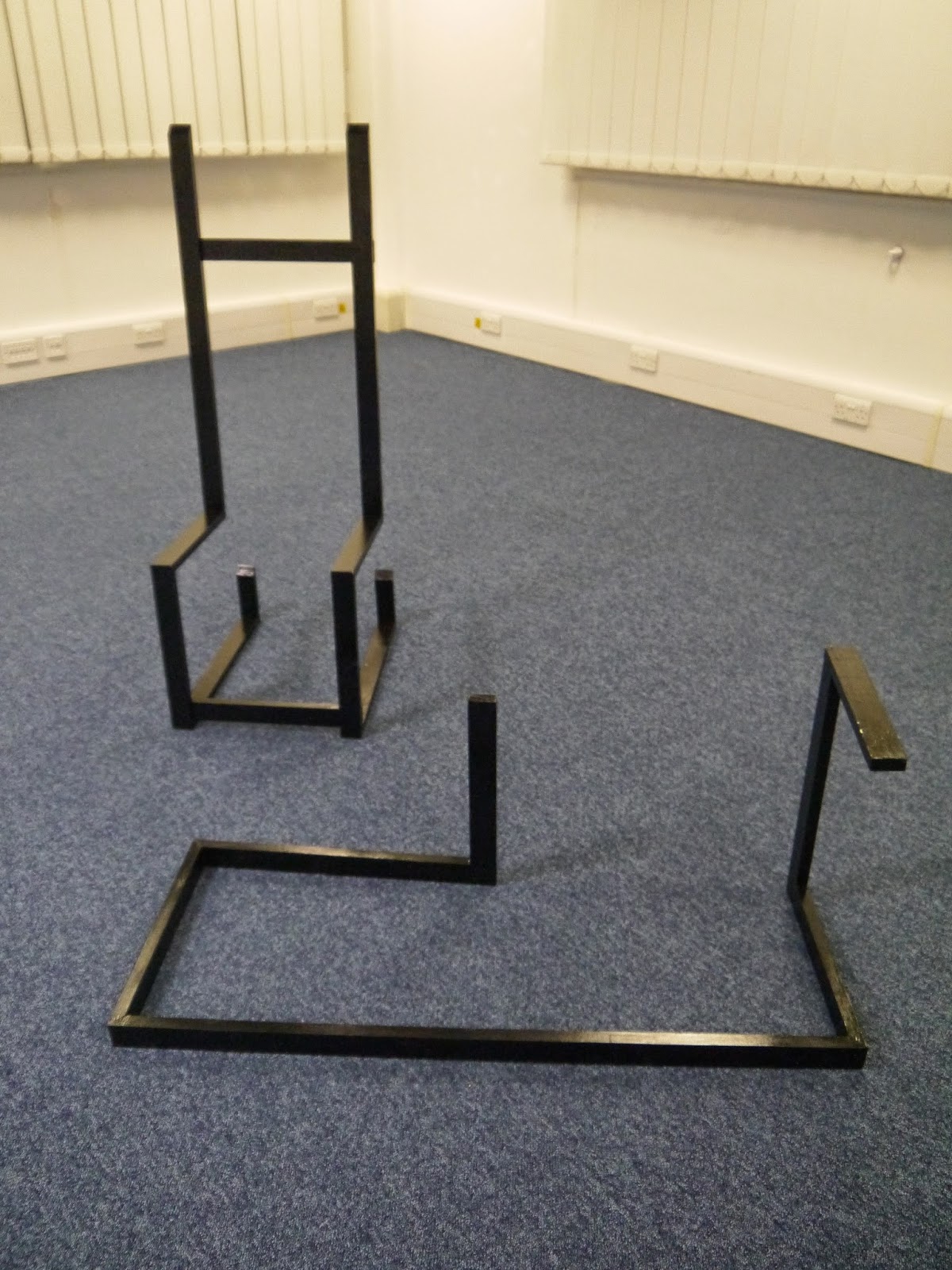 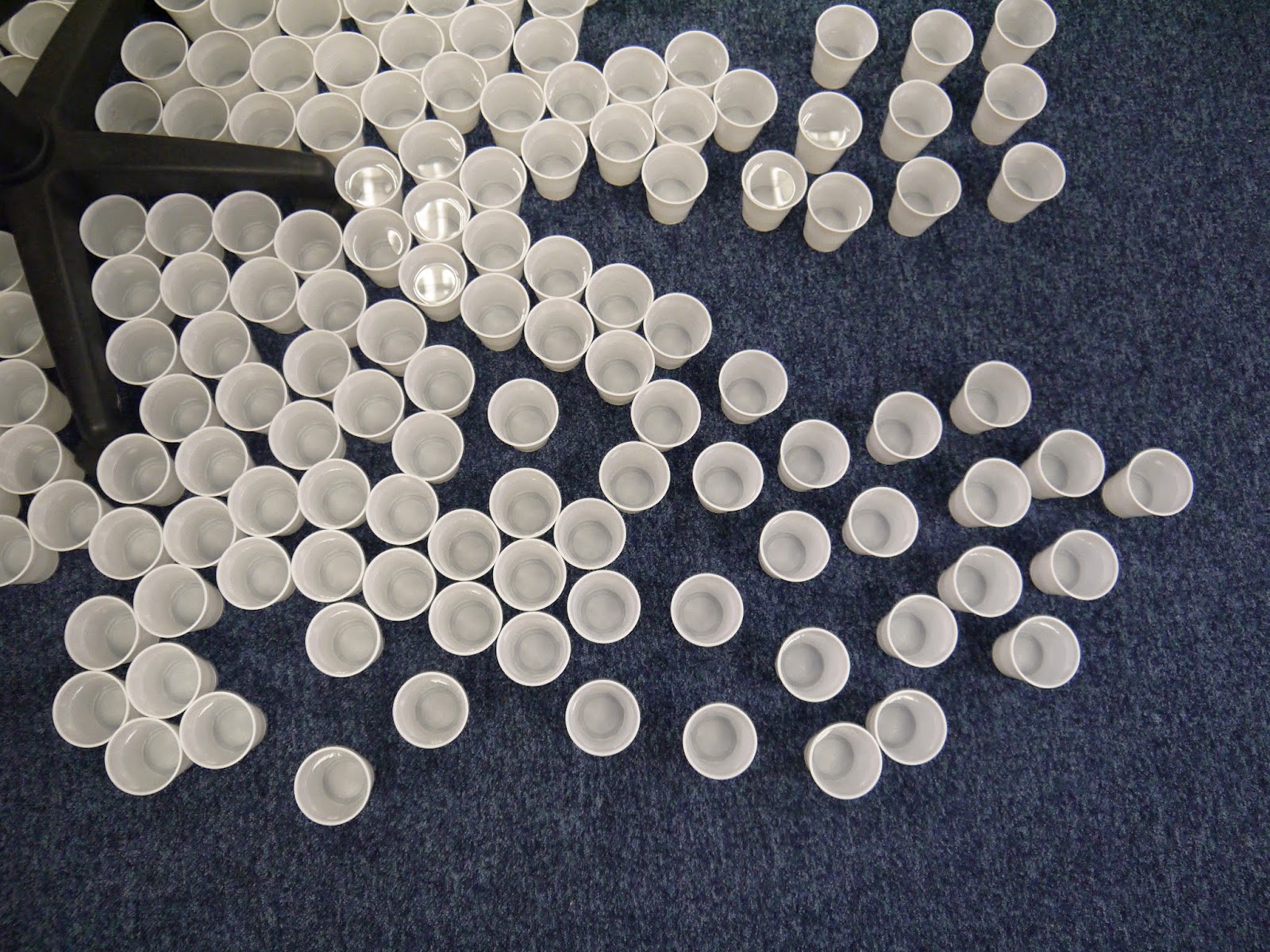 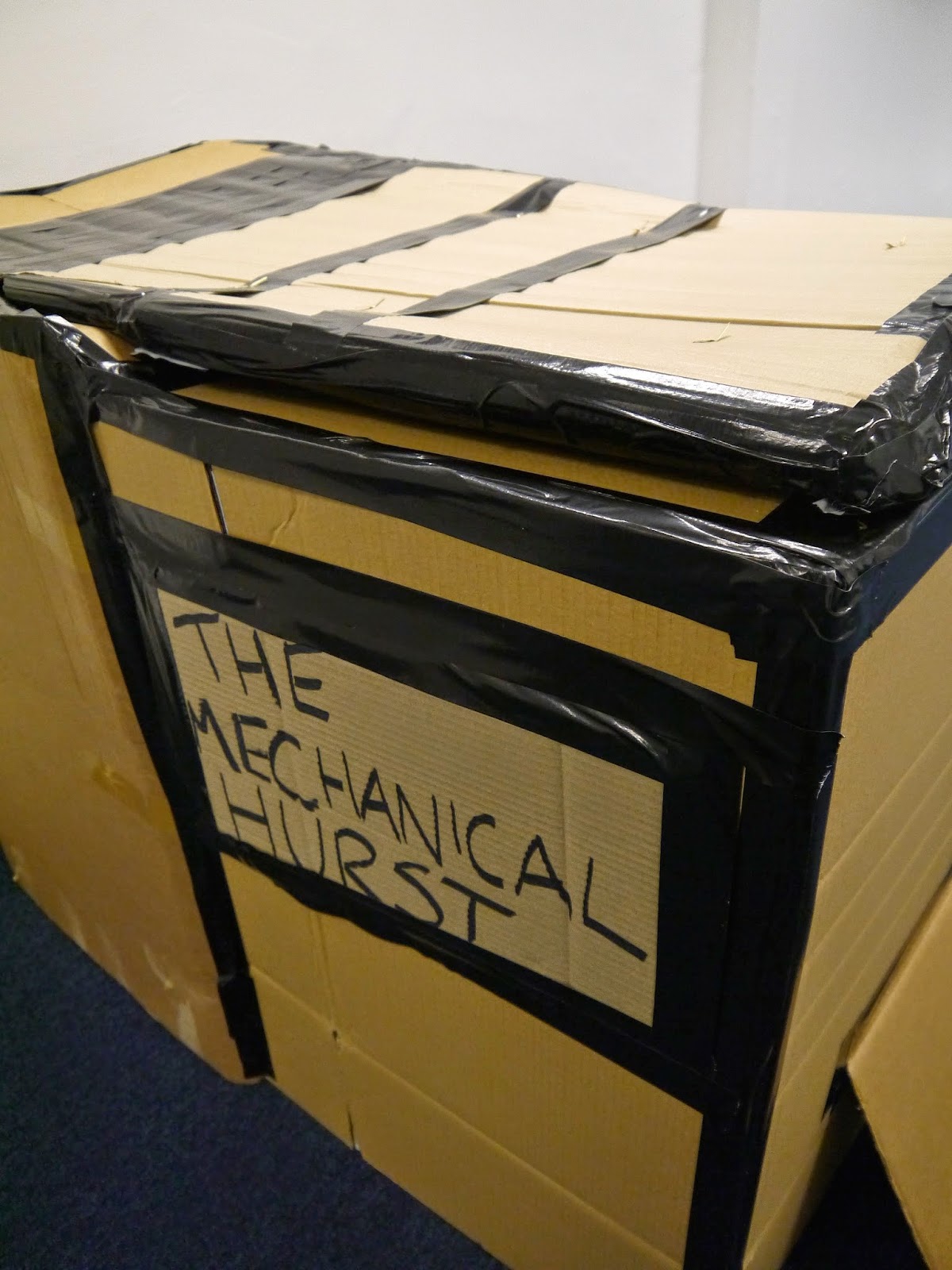 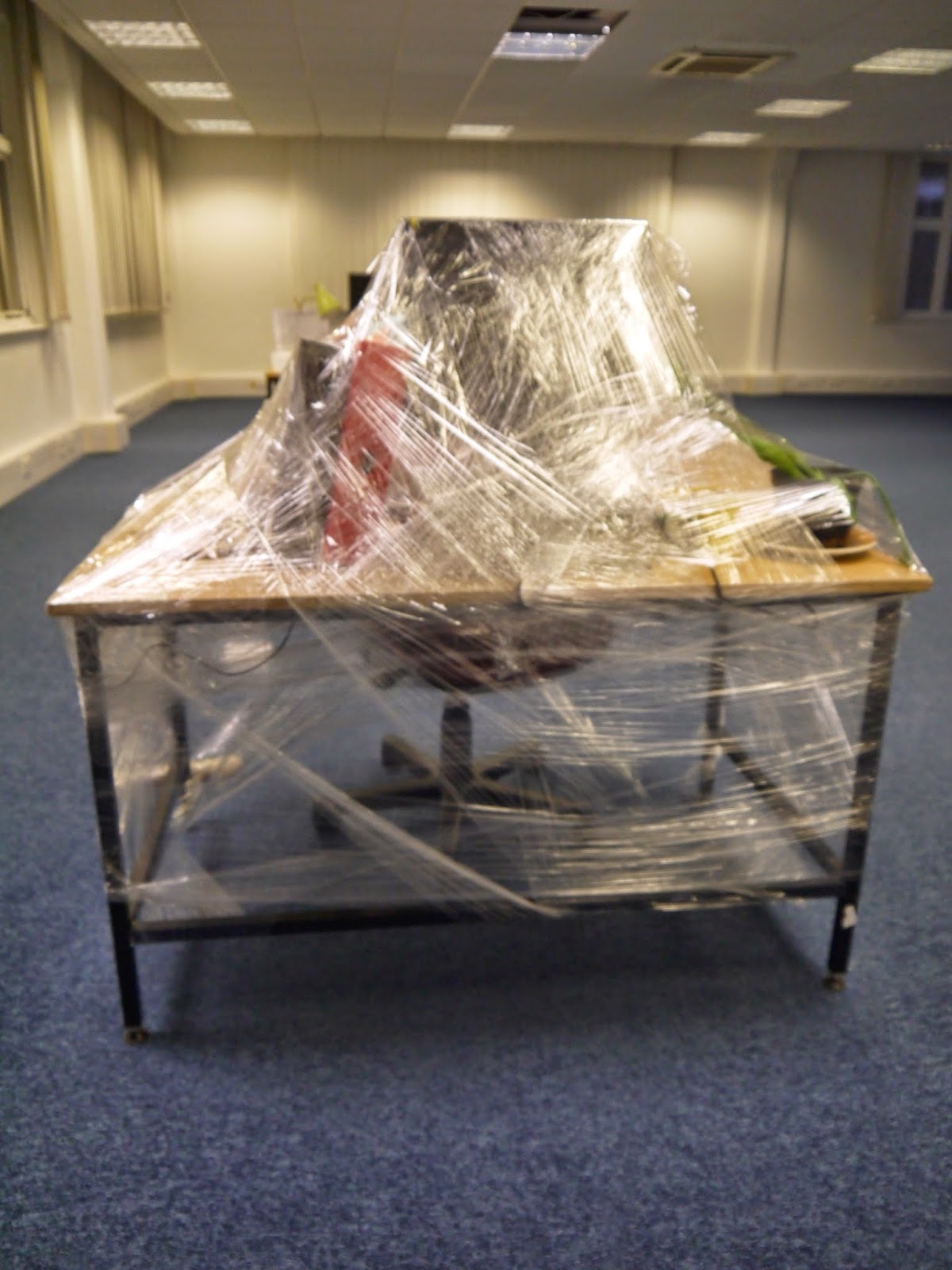 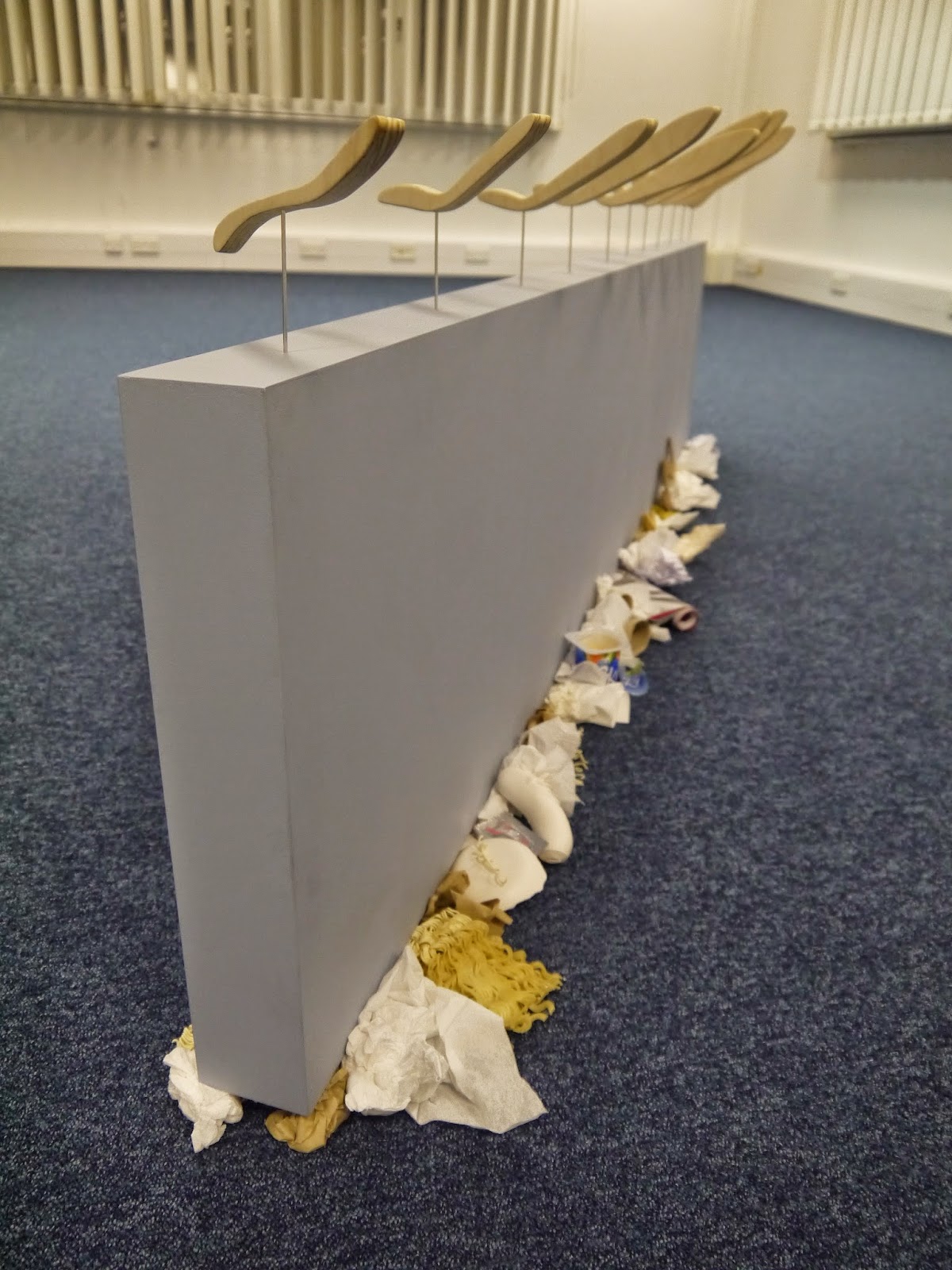 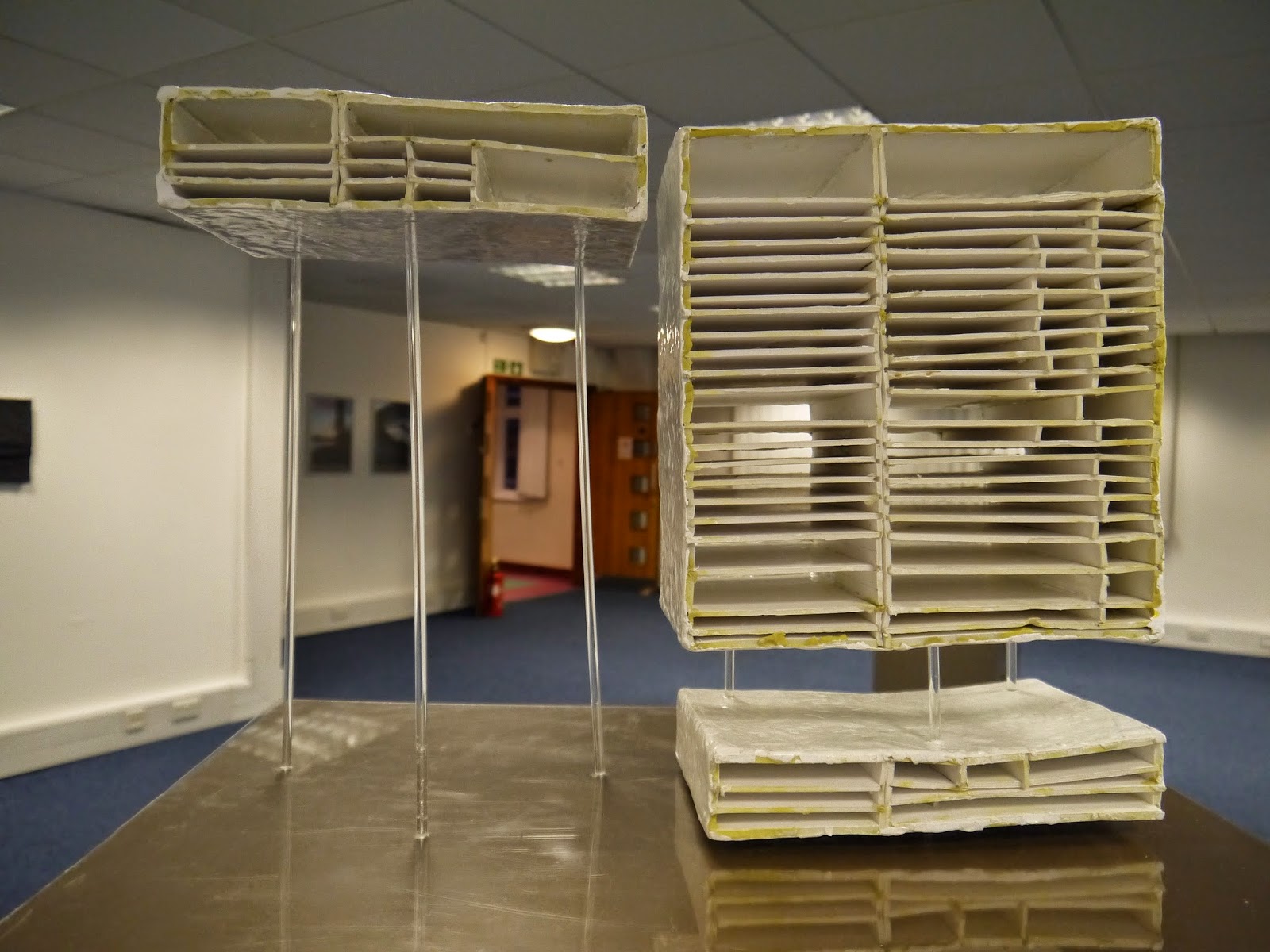 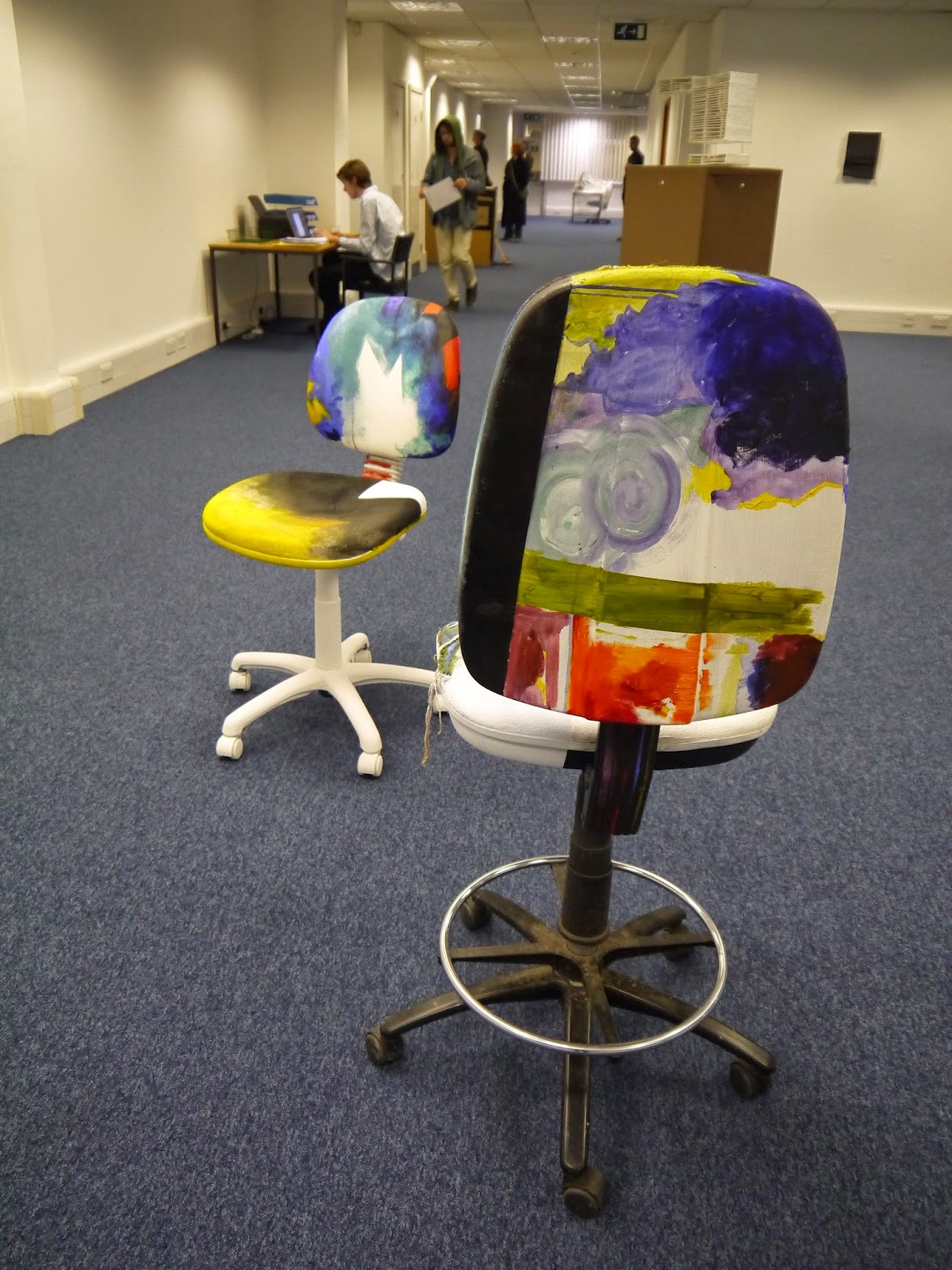 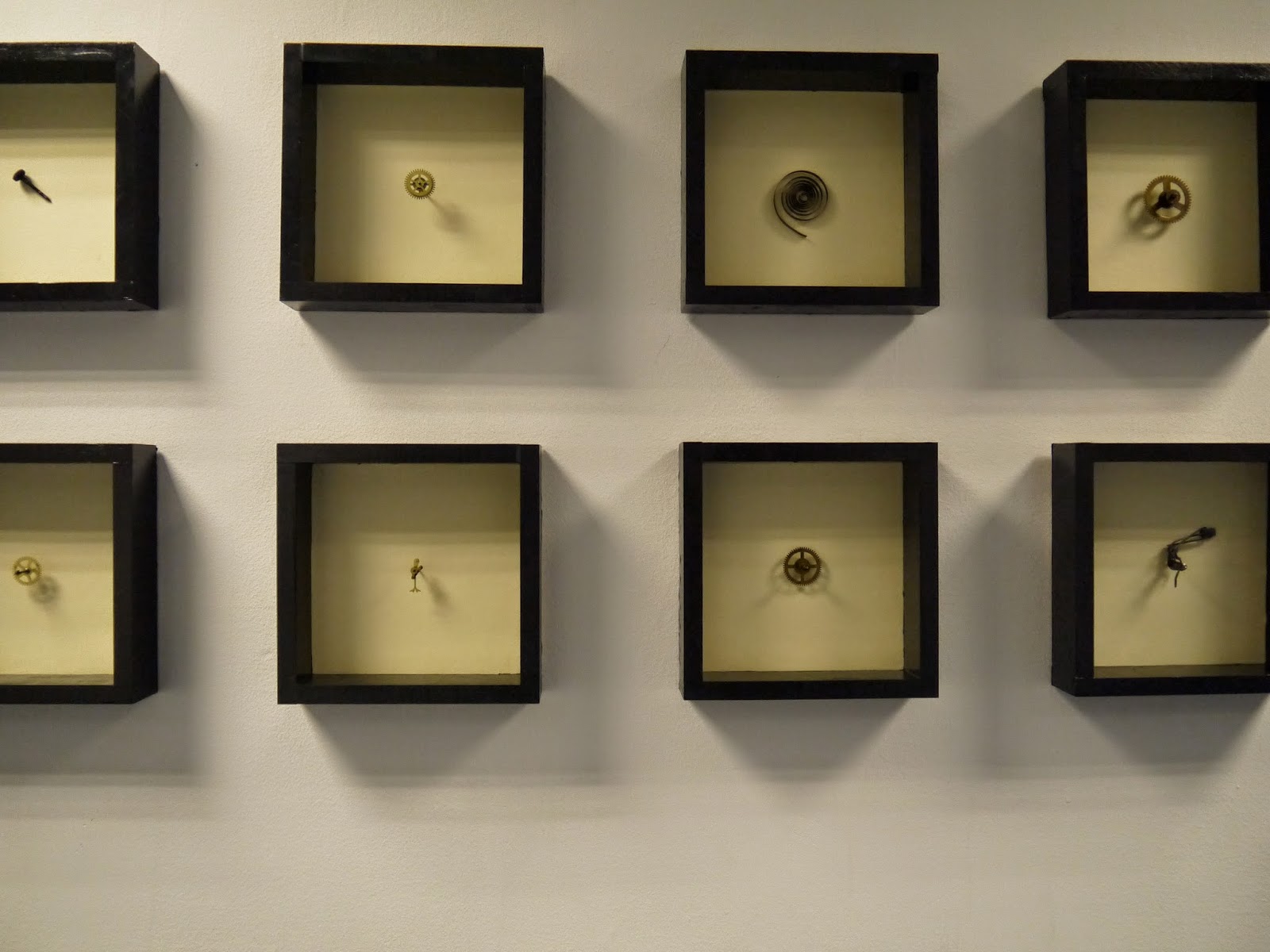 Within the space, Seize have conducted The Coffee Break Seminar with &Model’s Derek Horton and BasementArtsProject’s Bruce Davies, open to everyone to further conduct and legitimise the debate which OVERTIME is based upon, but in particular to fathom the question ‘Should work and play be kept apart?’ Hopefully, this debate will lead to more work being created and shown by Seize in the future, because what they are saying now needs to be said, and their method of doing so has been an incredibly successful one.

Originally written for Leeds Student
Posted by Unknown at 17:44